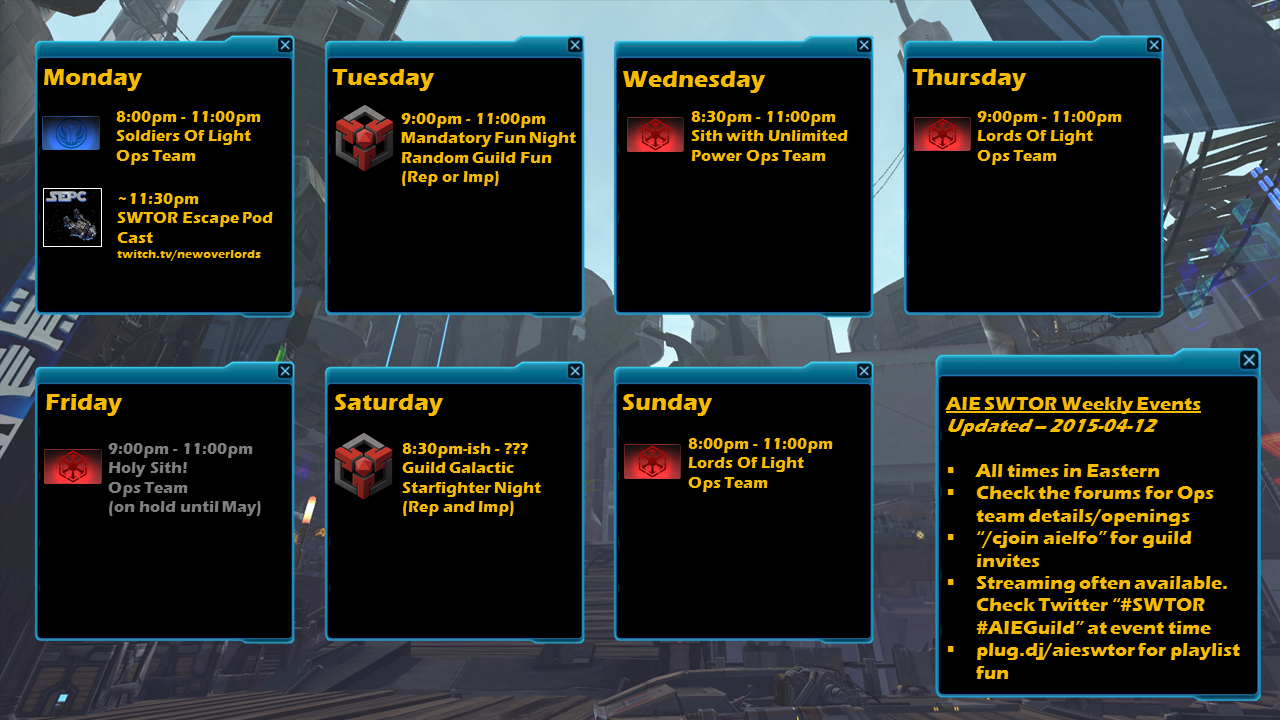 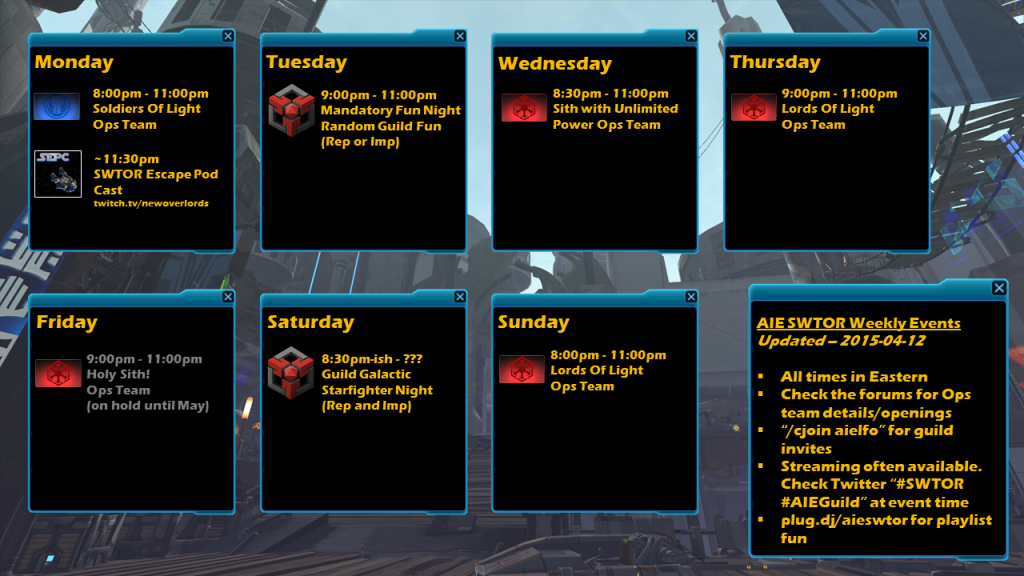 Here’s the latest weekly calendar of guild events and ops teams in AIE SWTOR. Check the SWTOR and Operations forums for details. (All times in eastern):

Many of these events are streamed on twitch.tv (e.g. http://twitch.tv/newoverlords) for anyone that would like to check in and ride along. Check the twitter feed for #SWTOR #AIEGuild at event time for the streams starting. We are often in http://plug.dj/aieswtor for guild events and ops nights as well. Feel free to join for some music to play to!

As always, use “/cjoin aielfo” to ask for a guild invite at any level. (Application not needed for initial guild invite.) See you in game!