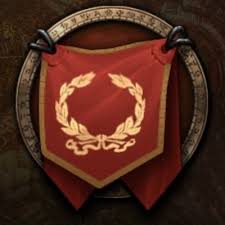 Alea Iacta Est is a Horde faction guild on the Earthen Ring - US Server.  For information on joining, please visit our Join AIE page.

The Alea Iacta Est guild in World of Warcraft is and all-ages social guild and the oldest of AIE's game divisions.  The guild was founded as a fan guild for fans of podcasts associated with Scott Johnson's Extralife forums: The Instance, Extralife Radio, Buzz Out Loud, and Jawbone Radio.
The guild grew rapidly in its first month.  Within three weeks, it had hit the limit of 500 members which are visible in the guild roster.  The guild continued to grow to an estimated 6600 active members when Blizzard introduced the 1000 member limit on guilds in 2010.  To allow the guild to continue as it had, the guild developed the GreenWall addon to link the guild chat of multiple physical guilds.
The guild is primarily a social guild to values mutual courtesy and respect.  Game activities like raiding, PvP, and RP are organized independently by members of the guild, not at the guild level.  While members have a wealth of opportunities when it comes to these aspects of the game; there are no participation, experience, or gearing requirements to join the guild.

From reporting Officer Fezgig’s desk, currently located somewhere in Oribos, written while fending off Brokers asking him to retrieve many more things from the  dungeons. Alea Iacta Est Virtus  on Earthing Ring-US, will be coming up on it’s 2-year anniversary […]

You receive a package in the mail that includes a letter on a piece of parchment paper, another parchment with a complete schedule of events, and a lovely embossed, overly decorated, and ornate invitation to Alea Iacta Est Summer of […]

Help! We are being overrun by Void Beetles and Left Sharks, and all the other pets in our menagerie are going crazy! We need you to join us on June 7th for an Emergency Pet Adoption Day! For this special […]

With the increased membership in our WoW Alliance division, we decided that we need some help processing invites, hyping the “blue” side, and keeping Syreyne in check. Please join us in welcoming Fezgig as the newest AIE Community officer! […]

The Trial of Style returns later this month, and what better time to show off that spiffy new cloak and corrupted gear that stares, wriggles and tries to kill you? Or perhaps proving beyond any doubt that your Vulpera is […]

News from AIE in WoW Retail!

WoW Retail has been the last game division of AIE to still use the current UMAMI system for applications and invites. Based on how other divisions of AIE operate and the ongoing issues some of our members are experiencing with […]

We’ve added a roles notification bot to our Discord server. What this enables is the ability to send notifications (Discord alerts) to anyone that is interested in them, by category. It’s completely opt-in and works in the following two parts. […]

Travel across Azeroth and beyond to reunite a little ghost with her favorite toy, wand and flower crown while fighting off super creepy evil…. things! Meet Gustytail at Krasus’ Landing in Legion Dalaran at 8pm Server on Friday, October 25th! […]