In this installment of the Meet an AIE Officer series, we sit down with Bhock to answer a few questions for us.  Let’s begin. 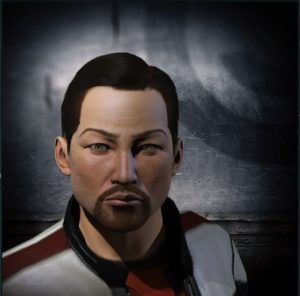 Who are you and what do you do for AIE?

I am Bhock, the French Token Community Officer of AIE, but most WoW players know me as Lhylee, my healing priest in WoW. Being a Community Officer is about listening and being attentive, available when someone asks a question or requires some help. We are the Big Brothers and Sisters of a Community, not linked to a specific game but to the community itself.

What got you into AIE?

Unlike most AIE members, I came from EvE Online, and joined AIE via the Capstable Podcast, doing an industry and economic segment. I found camaraderie and mutual help in that close knit group (in a sea of EvE shenanigans), and a way to give back to the community, simply talking on a podcast. Since then I played with AIE on Wildstar, Elder Scrolls Online, World of Warcraft and The Division 2… and surely others I forgot about, along the way.

When did you feel that AIE was something special?

It was in summer 2013, at the Remembrance Day. Playing EvE at the time, we were at a monument dedicated to the largest MMO battle in history, a graveyard of ships, having a multi-game broadcast, shooting fireworks while listening to members talking about their personal life. Remembrance Day is special to me, as this is what a community is, and this Remembrance Day was unique, as my father was in the last stage of Alzheimer and died 3 days later.

What got you into being an officer with AIE?

A while back I received the highest french civilian distinction for community service, helping kids integrate in society and mix with other kids from various backgrounds, in a non-judgmental environment, through games. All my life I try to give more than I get, and help others that need help, never asking anything in return. It’s not selfish or virtuous, it’s a decision I took young, to live how I felt I should and simply be myself, leading by example. I’m that kind of dumb, but that’s who I am and will ever be. Every activity, job or game I ever been into, I ended in management (my fault, surely), so it was natural to return what I could to the community I’m trying my best to be part of (but life and work take their toll). I hope I had more time to be a good officer, so many officers do way more, and I salute them. Now I stream my WoW raiding nights (http://www.twitch.tv/lhylee) on both WoW Classic and Retail, and perhaps I’ll start streaming other games I’m terrible at. Kudos to all our community streamers.

What is the name of the award you received for your French Civilian Distinction award? Is there a web resources someone wanting to know more can visit (English if possible)?

Medaille d’or du Merite Associatif (Gold Medal of Community Merit) All this was in the 80s, before internet.

What sort of differences, if any, do you see in volunteering your time in real life to assist people playing games to a virtual community, such as AIE?

I am old school in the sense that I am an in-person individual (so the current social distancing is really hard on me). The physical handshake is of the greatest importance, a show of affection, sharing and acceptance of the other, on equal footing. Body language really helps in social interactions and being kind and forward really shows better in person. I think that’s also why all kids love me, as I treat them kindly, as equals, and I’m genuinely interested in what they have to say. Keeping eye contact is paramount for sharing. You can hide on the internet, and disconnect if needed, but you cannot in real life, so you have to sort and fix things out, now. It’s also more stress, but that’s because you are way more involved.

What is the craziest thing that you have seen AIE pull off?

Remembrance is so unique and mind bending, but having so many events in all those games, each day, that’s crazy: I could have several clones and not even scratch the surface of all that AIE does, as a community. Staying kid-friendly with all those people, that’s a tour de force and a testament to humanity. And having such a long running weekly community podcast, that’s amazing: I ended Capstable (French for the last 5 years) last Christmas, after 8 years of just monthly content.

For someone new to AIE, what advice would you give them?

Don’t hesitate to ask, don’t hesitate to try, don’t hesitate to come and be yourself. But never forget all the others are the same as you and want the same respect you are owed. Just play together, meet people, and don’t be shy: the world is full of great people to meet, and we presorted a sample for you. Failure is not an option, it’s part of learning, so if a game does not suit you, try another one: AIE offers a structure in a multitude of genres, and one will surely catch your interest and be compatible with your game time/style.

Thank you for your time, Bhock.