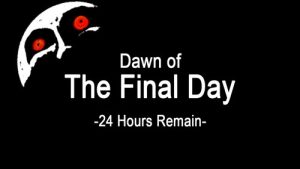 Okay, so a little more than 24 hours remain and we wanted to get everyone up to speed with launch plans for AIE in WoW Classic. Launch is August 26th at 3:00pm PDT. (Adjust for your timezone… Max.)

If you aren’t already, make sure you’re in the AIE Discord (AIE Discord) and keep an eye on the #wow-classic chat and voice channels. We will be hanging out in those channels waiting for launch and while playing the game.

AIE will be on the US Pagle server on the Horde Side(tm) (this is a PvE Server in the Eastern Timezone). We’ll be joined by a number of other guilds and podcast communities (more on that shortly). Our guild’s initial goal, for those interested and wanting to help, is to form up in groups in the Troll/Orc starting area, start leveling, and collect 10 silver for the guild charter as quickly as possible. Once we have the 10 silver raised, Tetsemi will run to Orgrimmar, purchase the charter and hearthstone back to the starting area for signatures (so people don’t have to stop leveling/playing). With signatures in hand, he’ll race back to Orgrimmar, turn in the charter, and get the guild launched, ranks setup, etc.

Guild invites will open up shortly after guild ranks are setup and verified. A crew of officers will be monitoring #wow-classic in Discord and the AIELFO chat channel in game to watch for invite requests. Feel free to /join aielfo in game to reach officers for an invite as well, so you don’t have to tab out or switch monitors. No character applications needed for WoW Classic.

As a second challenge, we will also start raising the 10 gold for our guild tabard (have to look good to play good).  Nevermore will have a character parked in Orgrimmar ready to receive donations. No need to mail them since it costs and extra 30 copper to mail things AND it takes an hour for mail to go through (no guild perks). Please don’t neglect your own spells/skills while leveling, but any donations are very much appreciated!

A key reason we chose the Pagle server is to be co-located with other like minded communities and podcasts. We’ve been in discussions with Convert to Raid, The Starting Zone, World of Warcast, Lagging Balls (NSFW), iToons, and other communities who are on Pagle. Some of them will have their own guilds and many are uniting in a new guild called United Federation of Guilds. There is a united community Discord at UFG Discord for us, other friendly guilds and the United guild. Feel free to join and say hi! We will be coordinating activities with the other communities on this Discord server as well as in our own #wow-classic channel. This arrangement will also provide us the opportunity to find Alliance and PvP Server alt guilds to join, if desired. Note, if you do want to do world PvP with the UFG’s, make sure you create characters on the Whitemane server. You’ll only be able to create characters on one faction on PvP servers, so make sure you pick the side you want to play on.

We hope to see you in WoW Classic. Enjoy the experience, and FOR THE HORDE!