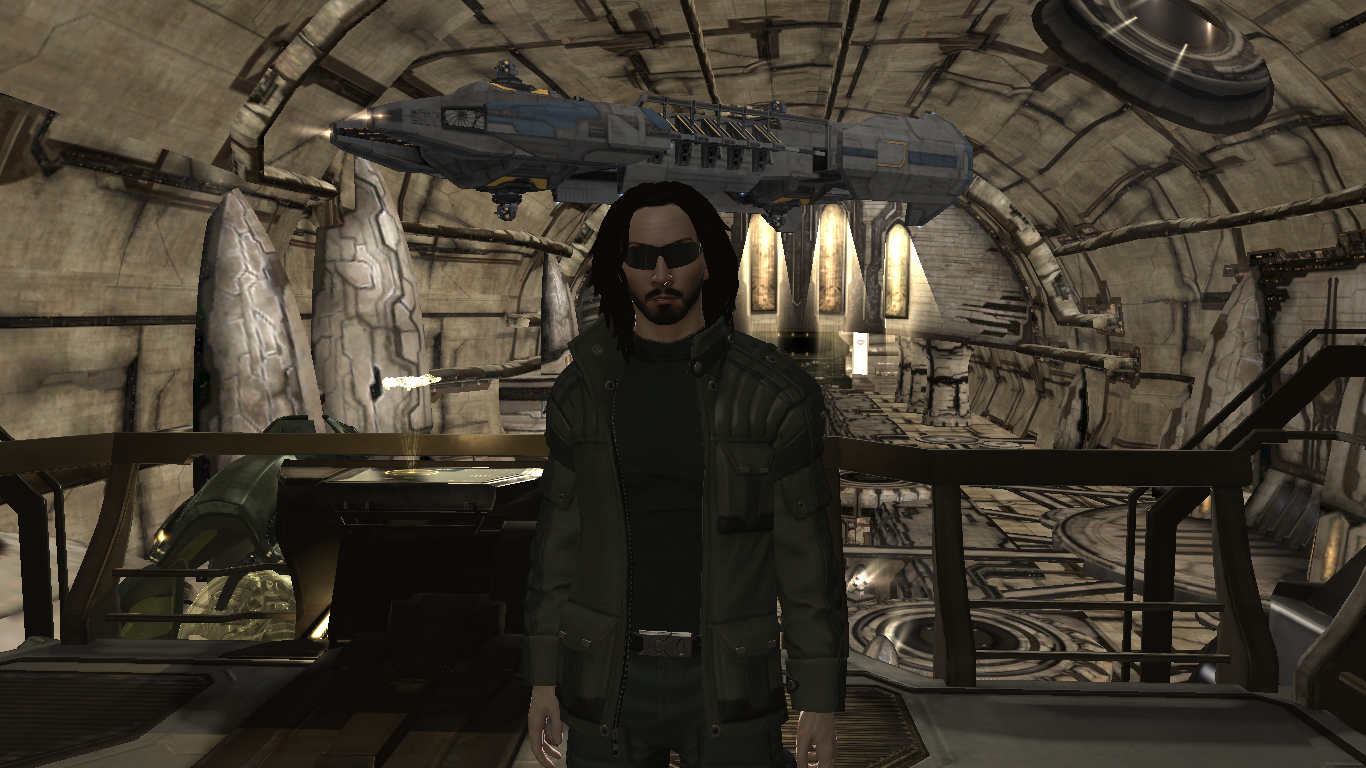 Greetings AIE! Jehdai here with an announcement for our guild member recognition program. AIE would like to congratulate our third Guildie of the Month for July: Devaron Pwent from AIE Universal. Devaron is relatively new to AIE, and he has adapted well to our culture. He has taken “amazing initiative to become a part of this community and exemplifies the values that are part of AIEU.” (Quoted directly from Vailgeek’s nomination) To help us all learn a little more about Devaron I did a short interview with him:

Jehdai: When did you join AIE?
Devaron: I joined AIE in 2014 on the recommendation of a friend. I was apprehensive at first because I’m still new to MMO gaming, but this community was very helpful and welcoming so I decided to stick around.

Jehdai: What is your favorite AIE moment?
Devaron: I think my favorite moment was my first mining ops with our corp in Eve. I was on the fence about the game, but hanging out with those guys was a blast and made me want to

Jehdai: Do you have a favorite Killmail/lossmail?
Devaron: 95% of my time on EVE is spent mining so I haven’t killed anyone yet, but my favorite lossmail had to be the time I was ganked by nine other players. They told me that if I paid them 50 million ISK they would leave me alone. I refused to pay and they turned me into dust, but the funny part was that thanks to insurance I made out like a bandit.

Jehdai: Do you play any other guild games besides Eve?
Devaron: I used to play STO, but right now I only play EVE. I’m always looking for new games to play.

Jehdai: If you had a chance to shoot Hoots, would you do it? And if you did, Would you pod him?
Devaron: Shoot Hoots? Only if he deserves it. Wait, does he deserve it?

Jehdai: Lettuce or Kale?
Devaron: As long as they’re smothered in bacon either one is fine.

AIE’s Guildie of the Month program is our way to acknowledge outstanding members in our community. If you know someone that deserves to be recognized, please send an email to us at gotm@aie-guild.org with the name of the person you are nominating in the subject line. Nominations for July’s GotM will be accepted until July 12th, 2015. This is a community wide program. Nominations will be accepted for members from any game division.