North Issier: Guildie of the Month 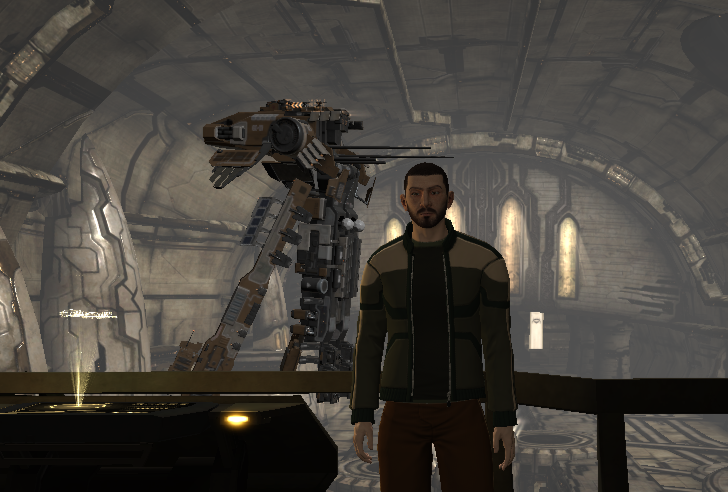 North Issier: Guildie of the Month

Greetings AIE! Jehdai here with an announcement for our guild member recognition program. AIE would like to congratulate our Guildie of the Month for May: North Issier from AIE Universal. North is one of the pilots in our Eve corporation. Everyone I talked to about North said he was super helpful to new pilots. To help everyone learn more about North Issier, I did a short interview with him:

North Issier: I joined AIE roughly 4 years ago (right at the start of my college career). Back than I was mostly playing WoW, but as time has gone on, and my tastes have changed I have shifted from WoW to EVE. I joined AIEU about a year ago, and have been playing with them since joining the game.

North Issier: My favorite AIEU moment was probably when I took a daytrip inside a wormhole with Crow Vanguard. An Orca was trying to ‘roll’ the hole behind us, but we caught him in the act, and blew him outta the water. In a moment of madness/glee the idea was put forth that we should erect a small POS tower, named “Free Willy” in honor of this orca. There’s an AAR about it somewhere….

North Issier: Favorite KM? My first kill…. the aforementioned orca kill, I got the last hit on the ship, so so far, that’s my favorite kill. I try not to dwell on my loss mails. I do enjoy how the drifter battleships have been reeking havoc everywhere. I saw that they got someone’s golden pod…that was a good laugh.

North Issier: Generally when I hear someone in our comms with a question like “what ship is the best?” or “how do I do x,y, or z?” I try to find out what it is they want to know before trying to answer their question. Maybe it’s because of how ‘little’ I’ve been playing this game for, but I still remember feeling like they did, back before I had figured out what I know about the game. Before I had taught myself to learn the game chunks at a time, rather than all at once, like you ‘can’ do with other games.

North Issier: My favorite ship currently is the Svipul. Although my corp mates will tell you that I will almost always favor Minmatar ships over anything else in general.

North Issier: Neither. Got to keep things Kosher. So Turkey bacon!

AIE’s Guildie of the Month program is our way to acknowledge outstanding members in our community. If you know someone that deserves to be recognized, please send an email to us at gotm@aie-guild.org with the name of the person you are nominating in the subject line. Nominations for July’s GotM will be accepted until June 14th, 2015. This is a community wide program. Nominations will be accepted for members from any game division.