The Iron Tribe: Guildie of the Month

Home / The Iron Tribe: Guildie of the Month 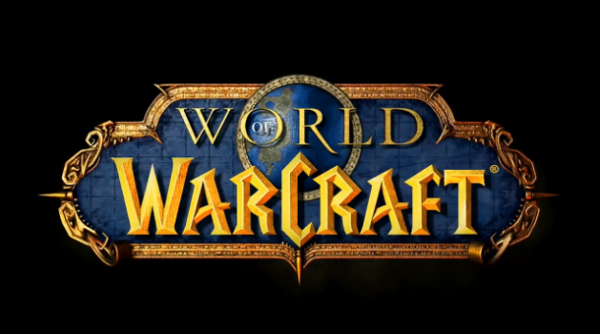 The Iron Tribe: Guildie of the Month

Greetings AIE! Jehdai here with an announcement for our guild member recognition program. AIE would like to congratulate our Guildie of the Month for March: The Iron Tribe from AIE Wow. Iron runs regular roleplaying events for everyone to come and enjoy. To help to get know The Iron Tribe, I asked her a few questions. 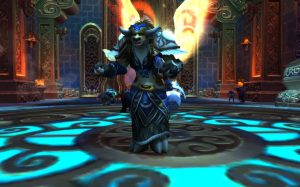 Jehdai: When/Why did you join AIE?

The Iron Tribe: I joined AIE in June 2014. I’ve been around the game since November 2005, but always a member of small “friends and family” type guilds where only a handful of us were ever on during prime time. As my schedule shifted and I found myself more and more on the night shift/overnight hours, there were fewer and fewer people around until I was the only one ever awake. It got lonely and boring, so I went in search of a new home.

The thought occurred to me that I’ve always heard of AIE on Earthen Ring and that they were reportedly a *huge* guild. If they were so huge, then maybe they would have people online when I was! So I applied and found that AIE did, indeed, fit the bill. It has fast become home to me, housing seven of my eleven characters on the server.

Beyond that, I like helping people. The more the merrier, I always say! AIE gives me ample opportunity to maximize on that, helping as many people as I feel I can every time I’m on. Whether it’s helping to farm for things, doing dungeons or raids, or just lending a friendly ear when someone needs it. I have severe “helperitis” so AIE helps me with that on a daily basis.

Jehdai: What was the inspiration for your Roleplaying events?

The Iron Tribe: Tavern Night is my primary offering for roleplay to the guild, every Thursday night at 8pm, usually at my garrison tavern. I was inspired to create it because there are actually quite a few roleplayers in AIE, but they all seem very shy to get involved with the larger roleplay community on the server.

Tavern-style roleplay, as it’s known, is an easy way for new roleplayers to break the ice. There’s no pressure to perform, people can lurk and observe until they get comfortable, or even if they just like to sit and “people watch.” I invited roleplayers from outside the guild to attend, that way AIE roleplayers could gradually make themselves known and perhaps branch out beyond the guild with their stories.

Jehdai: What kind of stuff do you guys do when you are roleplaying?

The Iron Tribe: For Tavern Night? Generally we hang around the tavern, trade stories of our adventures, get to know other characters, and generally socialize in-character.
In General? It really depends, because roleplay is so versatile. There are adventure stories, romances, mysteries, comedies… pretty much any genre of literature you can think of exists in roleplay somewhere. The kind of story usually dictates what happens and how characters react.

Jehdai: Do you play any other AIE games?

The Iron Tribe: Once upon a time, though World of Warcraft is my current gaming “home” for the time being. I’ve played in Lord of the Rings Online and Guild Wars 2, though that was before I joined the AIE family. If I ever go back, I’ll have to be sure to make the switch!

The Iron Tribe: Hmm… tough question, because it always depends on what kind of pie or cheesecake. Just put the slice of cheesecake on top of the pie, then cover it all in ice cream. I’m all about compromises!

AIE’s Guildie of the Month program is our way to acknowledge outstanding members in our community. If you know someone that deserves to be recognized, please send an email to us at gotm@aie-guild.org with the name of the person you are nominating in the subject line. Nominations for April’s GotM will be accepted until March 15th, 2015. This is a community wide program. Nominations will be accepted for members from any game division.